Water, energy and food. These inextricably interlinked dimensions are the keystone of any development path and, if properly scaled up and translated into integrated business models, they can increase productive capacity and drive socio economic welfare.

This is the conceptual core of the Water-Energy-Food (WEF) Nexus approach, which has become a progressively more important part of the international development agendas. As a matter of fact, 14 out of 17 Sustainable Development Goals are somehow connected to it, and the global narrative on sustainability is being carved around it every day.

The reasons for such a growing prominence emerge in full clarity by analyzing some of Africa’s most pressing challenges: The United Nations Environment Programme estimates that, by 2030, Africa’s water consumption will increase by 283% compared to 2005 levels, food demand of 60% compared to 2015 levels, and electricity demand of 70% compared to 2016 levels. These fast-paced transformations call for urgent measures, especially if we consider that another vital dimension is rapidly changing, and for the worse: the effects of climate change on the environmental, social and economic resilience of the African countries.

Let’s now take a closer look at how WEF models can be transformed into proper sustainability success stories. A first instance is represented by photovoltaic (PV) shading for agriculture: it consists in the simultaneous use of areas of land both for solar photovoltaic power generation and horticulture. Photovoltaic (PV) energy can power any type of water pumping, irrigation and cultivation systems, allowing to improve crop production as well as sustain PV-powered post-harvest processing. Such a strategy could effectively reduce water consumption by 14-29% in comparison to conventional agricultural techniques; a margin which, in some African areas particularly exposed to desertification (such as Sudan or Ethiopia), could increase local resilience against climate change.

A complementary, virtuous application of the WEF principles is precision irrigation. It consists of a set of solutions for farmers and agricultural companies aiming at improving their productivity and market effectiveness, by matching innovative technologies (like drop irrigation) with solar energy. This solution could represent a real turning point for the MENA region, where 11 out of 17 countries are considered water-scarce, and where agricultural activities are responsible for the use of almost 85% of the region’s water resources.

A final, meaningful application of WEF models is cold storage. In some specific countries, especially in Sub Saharan Africa, crop and food preservation is a worrying issue, as an average of 40% of the production is lost before reaching the market, due to post-harvest spoilage and transportation. Improving cold chains could lead to an increased shelf life that allows to reduce losses and, consequently, increase small farmers’ ability to negotiate better prices, especially in poor-grid or off-grid settings.

Despite the enthusiasm such a perspective could instil, a widespread adoption of WEF models is, unfortunately, quite far away from us. Multiple African institutions are characterised by a silo mentality, which is worsened by insufficient financing schemes, and lack of capacity to regulate and manage WEF integrated processes.

Hence, ensuring the success of WEF models in Africa will require actions targeted to the aforementioned criticalities: promoting advocacy and dialogue campaigns to encourage public institutions to include WEF models into national regulations, while stressing on the creation of partnerships between private actors belonging to the sectors of energy, water and agriculture. Furthermore, it is necessary to increase the mobilisation of resources and the progressive refinement of WEF-based business models, ventures to which the international private sector can provide an irreplaceable contribution.

Increasing the adoption of WEF models could ultimately stimulate a powerful acceleration of Africa’s energy transition, as well as provide a warranty of its quality and impact. That’s why this goal has been a traditional focus of some key RES4Africa’s flagship activities: dedicated programmes, reports, and prestigious international events, such as What does it take to accelerate investment in Water-Energy-Food Nexus Projects, recently held at the COP27 in Sharm El-Sheik. It is our hope, however, that it will become a systematic norm of all REs-related projects in Africa, as energy is nothing if it’s not put at the service of people’s well-being. 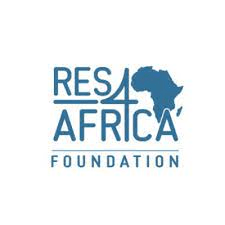 RES4Africa (Renewable Energy Solutions for Africa) is a Foundation that works in support of Africa’s just energy transition in order to achieve the SDG7, ensuring access to affordable, reliable, sustainable and modern energy for all.

Senegal’s Energy Transition: a Tale of Lights and Shadows