There is no doubt that Senegal’s hydrocarbons sector will be suffering of the economic consequences of the global COVID-19 pandemic. As a result, the country’s ambitions to join the club of African oil and gas producers could be delayed by one to two years. In April 2020, BP sent a notice of force majeure to Golar LNG seeking to delay by a year receipt of the Gimi FLNG facility for the Greater Tortue Ahmeyim (GTA) project.

BP is expecting a one-year delay due to the pandemic and currently sees no possibility for reducing that time frame. Consequently, FIDs on Tortue 2 and Tortue 3, initially expected in mid-2022 and mid-2023, are also likely to be delayed. Similarly, the country’s first offshore venture is also expected to be delayed.

While the final investment decision (FID) on the Sangomar Offshore Oil Project was taken in early 2020, its joint-venture partners are currently working on reducing and re-phasing capital expenditure on the project. While these two landmark projects for Senegal and Africa will be delayed, they are happening and will be benefiting the country’s local economy and region anyway. More importantly, Senegal has put in place a modernized and attractive regulatory framework implementing an enabling environment for its energy sector, and gas in particular, to thrive.

In 2019, it adopted Law No. 2019-4 of January 24th, 2019 pertaining to local content in the hydrocarbons sector, followed by Law No. 2019-03 of February 1st, 2019, its new Hydrocarbons Code. Both were widely acclaimed for improving the ease of doing business and paving the way for future bidding rounds to attract capital and technology in upstream. However, none of these created a framework to regulate and oversee the midstream and downstream gas activities that are expected to flourish in Senegal over the coming years.

Under its Plan Senegal Emergent and its Gas to Power Strategy, Senegal is giving a prominent place to natural gas in its energy mix, and to power industries. For electricity production for instance, it is planning to convert all its existing thermal power plants to gas, including the 115MW IPP Tobene Power, 67.5MW Kounoune Power and 86.6MW IPP Contour Global power plants.

Meanwhile, new under construction thermal plants like the 130MW Malicounda combined-cycle station are already being built with the right kind of technology to be eventually converted. To ensure the development of a robust and efficient gas-value chain, mitigate carbon emissions, limit climate change and bring electricity tariffs down, Senegal finally adopted a Law No. 2020-06 (Gas Code) on January 27th, 2020. It was signed by President Macky Sall on February 7th, 2020.

Key innovations brought by the Code notably include access rights for third parties to gas infrastructure, the establishment of a gas regulator to regulate and oversee the participation of the private local and international sector in gas operations, the protection of consumers and operators’ rights and interests, and the respect of international quality norms in terms of HSE. Under this new Gas Code, Senegal’s new gas regulator oversees all midstream and downstream gas activities, and is notably in charge of establishing pricing structures for gas, from its production until its distribution, based on a price ceiling principle.

The new Law establishes several types of Licenses and Concession contracts for future midstream and downstream gas activities. Licenses are granted following a bidding round or direct negotiations, under ministerial order, while concession contracts are signed by the Minister before being approved by decree and published on the Official journal. All licenses and concession contracts holders and their sub-contractors must abide by Senegalese local content regulations, as per Law No. 2019-4 of January 24th, 2019 pertaining to local content in the hydrocarbons sector.

Article 27 provides for third party access to gas infrastructure, stipulating that operators of gas transportation and distribution net- works, as well as storage infrastructure, must guarantee third party access and respect tariff transparency and equal treatment to all ac- tors. The only acceptable reasons for refusing third party access is lack of capacity, technical or operational difficulties, or serious financial complications in the execution of sales con- tracts. This clause is central to making the sector attractive for investors and supporting future partnerships and gas cooperation.

The adoption of Senegal’s Gas Code earlier this year is a clear indication of the kind of political will and industry vision the country needs to quickly recover from the current downturn and make the best of future gas production. It is also paving the way for a truly diversified and sustainable energy transition in Senegal in the years to come, with clear legislation and roadmaps developed for all major sources of clean energy such as renewables and natural gas. 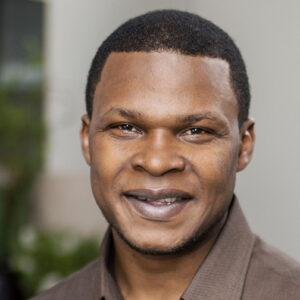 I am at COP27 because I believe if Africa is not on the table it will be on the menu, writes NJ Ayuk, Executive Chairman of the African Energy Chamber.
Read More