South African energy company Sasol has signed a Memorandum of Agreement with the Northern Cape Development Agency (NCEDA) which will see the company play a major role in the feasibility study for the Boegoebaai green hydrogen development.

Sasol has been at the forefront of engagements with the Infrastructure and Investment Office (IIO) of the Presidency in a bid to develop a hydrogen economy in South Africa. The project’s location and classification as a strategic integrated project are key enablers to exploring Boegoebaai’s potential as a global green hydrogen hub.

“One of the new frontiers of infrastructure development is green energy, which has the potential not only to drive industrialisation, but to establish a whole new industrial reality,” South African president, H.E. Cyril Ramaphosa said on Thursday at the Sustainable Infrastructure Development Symposium of South Africa.

“We stand ready to be a major exporter in this market, to use hydrogen to rapidly decarbonise our existing industries, and attract industrial investment from across the globe seeking to meet new standards of green power in the production process,” he added.

Sasol has partnered with the Industrial Development Corporation (IDC) which will be supporting joint funding for the feasibility study. The duration of the study is expected to take approximately 24 months and the outcomes will determine the next steps of development.

Sasol continues to advance several catalytic projects to develop both local and export opportunities in the region. The Boegoebaai project is one of several green hydrogen, ammonia and power-to-X (P2X) opportunities, which Sasol is assessing as part of the new strategy announced at its recent capital markets day. Sasol’s strategy is aligned with South Africa’s ambitions to establish the country as a significant green hydrogen production and global export hub.

“We believe that Southern Africa is well positioned to play in the global green hydrogen economy due to key structural advantages. Our proprietary Fischer-Tropsch technologies and renewable endowments, are some of the bests in the world,” Priscillah Mabelane, Executive Vice President for Energy at Sasol, said in a statement.

She added that the project has the potential to provide a significant number of long-term sustainable jobs, infrastructure investment and skills development in the country, enabling a Just Transition.

“Sasol has committed to be net zero by 2050 and we see green hydrogen as core to enabling this goal. We have the capabilities and skill set, technology and solutions to co-create the South African hydrogen economy,” concluded Mabelane.

The Boegebaai Green Hydrogen Export Special Economic Zone, upon successful implementation, is expected to produce 4 kilo tons of hydrogen per annum, which will also unlock opportunities of creating 4000 jobs.

Furthermore, it will enhance a future where tens of gigawatts of renewable energy feed electrolysers at massive scale, producing the hydrogen power fuels of the future. 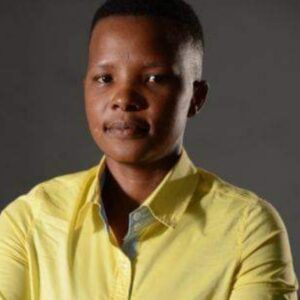 The multinational oil and gas company is looking to increase its share in the Jubilee and TEN fields offshore Ghana by exercising its pre-emption rights.
Read More

The announcement was made on Monday, November 8, 2021, during an event at the COP26 conference featuring government ministers and a council of leaders in renewable energy.
Read More

The report launch also touched on downstream and upstream models for fossil fuels, and how the African economy needs to develop its own resources.
Read More