How Africa Can Compete

H.E. Mahaman Laouan Gaya, Secretary General of the African Petroleum Producers’ Organization (APPO), speaks to AOP about his vision of the future for African explorers and producers, and the importance of recent reforms to the 18-member group.
Join H.E. Gaya and regional ministers of petroleum for the APPO Cape VII conference in Malabo, Equatorial Guinea, on April 1-5, 2019. Learn more and register here.

APPO is undergoing an important reform. Can you elaborate on the evolution of the organization and how it can better serve its African member countries ?

It should first be noted that the African Petroleum Producers Organization (APPO) is an African intergovernmental organization created on January 27, 1987 in Lagos, Nigeria, to serve as a platform for cooperation and harmonization of efforts, collaboration, sharing of knowledge and skills among African oil producing countries. When it was founded, it was called African Petroleum Producers Association (APPA). With 18 member countries, it accounts for nearly 95 percent of Africa’s oil production and accounts for at least 13 percent of world production. One of APPO’s important missions is the promotion of joint initiatives (projects, infrastructure) in management policies and strategies across the entire oil industry value chain, to enable its member countries to draw better profits from the activities of this non-renewable resource.
After more than a quarter century of existence, it was recognized that despite some progress, APPO did not meet the expectations of the member countries. The organization had entered a period of serious weakness and non-visibility. Observers were constantly wondering what it was for. The organization was sinking out of sight, in total ignorance of the global oil context, and needed to be reframed on the global oil and energy scene to meet the challenges of the day. As a rescue measure, the Council of Ministers decided on its deep reform. Thus, as soon as we took office, we were confronted with this reform.
After many meetings of the Committee of Experts and Council of Ministers, the draft of this reform was adopted in Luanda (Angola) in January 2018. The resolutions that were adopted included the new vision and mission, the new strategic objectives of the organization, its guiding principles and values, the general structure and a new organizational chart, the mission charters of the organs and bodies, and the temporary transfer of the activities of the organization to Abuja in Nigeria. APPA has also been renamed the African Petroleum Producers’ Organization (APPO). The establishment of a Summit of Heads of State of Member Countries of the Organization was also endorsed in principle as and when necessary.
Emphasis in reform will be placed on close coordination and new synergy between member countries. This reform will focus on creating a united African front on the global energy stage – which will certainly increase the power of the African voice – and on increase intra-African cooperation on projects, trans-border infrastructure, joint refineries and other major infrastructure projects.

What role does APPO currently play on the international stage, and how do you want its influence to evolve in the next several years ?

Historically, APPO has played a small role on the international stage but that is rapidly changing. Our current primary objective is to see the organization align with the global oil and energy directions set out by the United Nations (with the SE4All Initiative), the World Petroleum Council, the World Energy Council (with the resolution of the Energy Trilemma), the African Union (with the Africa Mining Vision), the African Development Bank (with the “New Deal” for Energy in Africa), NEPAD and others. It must have a positioning in the energy, oil and gas sectors in Africa and promote its activities like other similar institutions, such as the Organization of Petroleum Exporting Countries (OPEC), the International Energy Forum (IEF), and the Gas Exporting Countries Forum (GECF). The fundamental basis for this success is of course the political will of African leaders. Since the launch of its reform, APPO has been invited and attended meetings of OPEC and other organizations and has attended international events like ‘Africa Oil & Power to meet with the top-level power brokers from around the world.

African countries are becoming increasingly engaged in the global oil and gas conversation through bodies like OPEC and GECF. Do you see this new coordination outlasting the low oil prices and OPEC-led production cuts ?

I believe the low oil prices ushered in a new era of coordination throughout the oil and gas industry, from the private sector to governments to organizations like OPEC and APPO. OPEC’s Declaration of Cooperation is a key indicator of the need to cooperate across borders and across alliances, and the entire world has now seen the power of such coordination.
In this dynamic, Africa Oil & Power organized in September 2018 a conference in Cape Town, South Africa, which focused on the theme of ‘energy coalitions’ and whose presentations and debates focused on the best how to advance energy sectors in Africa, through such alliances. I am delighted that Africa Oil & Power managed to bring together at this conference the secretaries general of OPEC, IEF, GECF and APPO around this theme. The discussions focused more on Africa’s growing role in OPEC, IEF and GECF, the role that APPO now has to play on the world oil scene, and the OPEC and APPO missions in coordinating the future needs of African and international oil markets. I see in this concept of ‘energy coalitions’ a subsystem of a more global system that I will call ‘socio-economic coalitions’. It is in this logic that I place the creation by African Union Commission of the Continental Free Trade Area (CFTA); a project that is an opportunity to reduce the marginalization of Africa in world trade and significantly increase intra-African exchange and trade. That’s what we want to be in the oil and energy sector in Africa.

What is the future of the oil industry in Africa, particularly for the countries that have recently entered the energy economy, such as Kenya, Uganda, Mozambique and Senegal ?

In recent decades, Africa has been at the heart of all kinds of debates, both on the consistently low quality of life for its populations and on its immense potential and its incomparable energy resources. Just in terms of oil, some estimates put Africa’s reserves at 100 billion barrels. In general, it is recognized by all that the African subsoil is full of energy resources (oil, gas, coal, and uranium) and that the continent is rich in renewable resources (hydro, solar, wind, biomass and geothermal). In addition, Africa is today inhabited by nearly one billion inhabitants, 60 percent of whom are young, while Europe, America and Asia are increasingly aging.
In Africa, 20 countries are now identified as oil producers (the 18 APPO member countries, plus South Sudan and Tunisia) and about 30 others are conducting prospecting and research operations. Offshore and onshore basins, both off East Africa, the African part of the Indian Ocean, West Africa, and the countries of the interior are little explored and are showing very good prospects, like Kenya, Uganda, Mozambique, Senegal, Tunisia, Tanzania, São Tomé & Príncipe, Madagascar, the Comoros, and more.
There is no doubt that Africa’s oil and gas potential can compete today with that of any other region in the world. If Africa were to be considered as a single producer, it is certain that our continent would challenge Saudi Arabia, Russia and the United States. To properly compete, we must put an end to the disunity and hyper-balkanization that characterize today’s Africa and further promote its integration. In the new APPO Statutes, it is stipulated that any African country with proven hydrocarbon reserves (not necessarily in the production phase) may be a full member of the organization. Our current concern is therefore to assist African countries in creating more synergies in their oil and gas industries. This is what will strengthen Africa’s influence in world markets and enable it to better meet its own energy needs. The hydrocarbons potential is there and, in the years to come, believe me, Africa will bring some big surprises in the oil and gas sector.

How have you seen African governments’ strategies change during the low oil price period? Do you expect greater efforts for cross-border coordination to take place?

Since the beginning of oil marketing in the 19th century, oil prices have always fluctuated… it’s natural that this is the case. But unfortunately, no oil producer in the world has made structural arrangements to avoid oil price fluctuations that can affect its economy. Today too, no country is spared by the fall in the price of oil. The impact is differently felt from one country to another. If the African producing countries have suffered and are still suffering from this drop in oil prices, it is because they have always had an unhealthy dependence on oil production and their economies are still not diversified enough. Although often mentioned as a solution to increase their resilience, diversification of economies and sources of budget revenue are not being implemented. History repeats itself and will continue to be repeated. The instability of commodity prices in general and oil in particular again reveals the short-term nature of our development policies and the weakness of the strategies of stabilization and diversification of economies that would lead to sustainable development if properly implemented. The strategy is to learn to deal with the changes in the oil market through a strong vision and good economic governance in general, and good economic governance of petroleum resources in particular.

Are African oil and gas producers competitive enough to attract the investments needed to fulfill their resource potential? Are regulatory and policy reforms needed to strengthen the regional industry?

Regulatory and policy reforms are needed on a case-by-case basis, but nowadays, many of these reforms have already happened or are happening now. Countries like Ghana, Senegal and Mozambique have some of the most attractive and competitive market conditions in the world. Additionally, Africa has proven itself as a host of mega discoveries with a wealth of untapped and undiscovered potential. Africa oil and gas producers are of course globally competitive, and the investments are already beginning to pick back up with the rebound in the oil price. 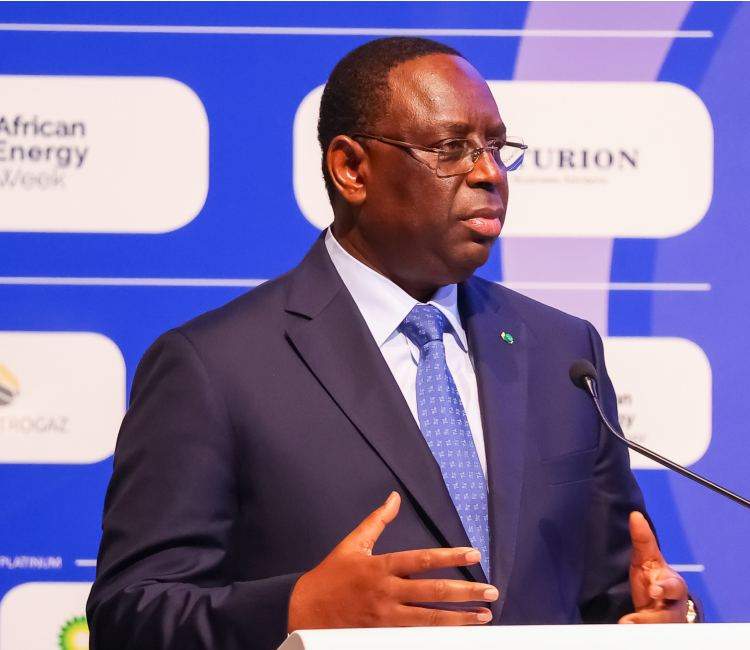