Gas-to-Power: A specific technology with a critical role to play in South Africa

One of the most pressing questions facing the South African power system today is, “How can the country maintain a reliable power supply?”

The solution discussed here to the current national energy crisis does not involve a two-year turn-around plan, nor a three-step power recovery program, but rather emphasizes an evidence-based view on a specific technology that few can deny plays a critical role in the immediate and future stabilization of our power system – natural gas.

Often the topic of divisive and polarized views, a brief scan of recently published studies and expert opinions commenting on the need and the role of gas in South Africa yields an approximately 80% consensus that gas is a key element to providing flexible generation capacity to support renewables.

The remaining 20% consists of the extremist views that no gas should be considered, or that baseload gas is needed to replace our coal fleet.

A recent study by Meridian Economics, “Resolving The Power Crisis Part B: An Achievable Game Plan To End Load Shedding,” succinctly captures some of the key characteristics, and realities, of gas power in South Africa. The study describes gas (alternatively, diesel) as primarily a provider of peaking capacity and recognizes that there is an urgent need to consider the addition of 1.35GW of thermal peaking capacity, preferably in the form of international combustion engine technology to be built by 2024 as an “insurance,” should there be a delay in the other measures proposed. If we translate this into load factor numbers, a gas plant serving both the “peaking” and “insurance” functionality could experience load factor ranges of 5-45%, as is currently experienced by the supply constrained, diesel fueled open-cycle gas-turbines.

Wärtsilä’s own studies echo these views in principle, but place more emphasis on the insurance role that gas plays in the power system. Our modeling reveals that gas plays an important role in maintaining a reliable supply under numerous real-world events that will continue for the foreseeable future. Such events include adverse weather phenomena, catastrophic coal fleet failures, major transmission line failures, and undue delays for new capacity to be commissioned. All of these factors, which in reality are experienced on a continuous basis, result in load capacity factors ranging from 5-50% with multiple starts and stops required per day.

To help contextualize and enrich our discussion on the role of gas power in South Africa, it may be worthwhile to reflect on some current and historical developments that speak to the need for and possibilities around gas for South Africa.

To date, South Africa has been attempting to undertake LNG-to-power projects for over a decade. These have typically been in the form of “mega Combined Cycle Gas Turbines” types of projects with nothing materializing due to a host of reasons – notably, politics at play, weak technical solutions, underdeveloped gas infrastructure, policy gaps and more. In more recent times, however, through the Independent Power Producer (IPP) Office’s Risk Mitigation IPP Program, we now see a handful of gas projects comprising ~1.4GW of the 2GW allocation being awarded, with many more bids having been made. While it is unfortunate that the program, and more so the gas projects than others, have been experiencing set-backs due to ongoing legal challenges, the program can be hailed as a success for recognizing and valuing a variety of technologies which are able to provide reliable and dispatchable energy to the power system.

These technologies include wind turbines, solar PV, battery energy storage systems, reciprocating gas engines and diesel backup in varying combinations – when viewed as a collective mirror, the technologies one would typically see in the results of an optimized power system dispatch model. So despite the “warts and bumps” in its design (the suggestions proposed by Meridian Economics are worth a read), the program does dispel a few myths traditionally associated with LNG-to-power projects.

The first myth debunked is that one requires a long-term LNG supply agreement to match the length of the PPA (Power Purchase Agreement). Not true. The rules of the Risk Mitigation IPP program accommodate gas supply changes after year six to more competitive (and likely cleaner) alternatives.

The second myth it dispels is that LNG-to-power projects can only be banked off large-scale baseload CCGT-type projects, which relates to the general view that the cost of LNG infrastructure development is prohibitively expensive at small and medium scale. Again, not true. Among the 11 awarded projects, four of them were designed to have their own dedicated LNG supply for <500MW flexible dispatch gas engine power plants, a scale which previously would have been declared too small to make sense.

Now arguably, one could say that “it isn’t true until it’s done,” however, there are examples of <500MW LNG-to-power projects which have successfully reached commercial operations. A case in point is the recently commissioned Energia del Pacifico project in El Salvador, which consists of a 378MW onshore gas engine power plant coupled with a dedicated, and permanently moored, FSRU. This is the first LNG-to-power project in El Salvador which will supply flexible and reliable power to support the grid with increasing renewable energy.

It is becoming clear that gas plays an important role in improving the reliability of the power system, but no discussion is complete without considering the environmental impacts of gas. There is no denying that gas today is primarily derived from fossil fuels. However, massive technological strides are being taken in the development of carbon-free gas fuel alternatives, such as hydrogen, ammonia and methanol, which at some point will be able to replace the fossil fuels used today. In fact, today, gas reciprocating engines can burn up to 25% volume of hydrogen blends and this ratio will increase going forward. So in essence, yes – there are CO2 emissions today. But when viewed in the context of the current feasible dispatchable technology alternatives, namely coal or low-efficiency diesel turbines, the fact that dispatches will remain relatively low, and the enablement of renewable energy into the power system, means that the trade-offs could be worth it for a few years until carbon-free options become viable. A point that is further strengthened in Africa, which is starved of economic development and only contributes three percent of global greenhouse gas emissions.

So, what does all of this tell us? Firstly, the need for gas to ensure the reliability of the power supply is undeniable, and that dispatches ranging from 5-50% could easily be anticipated at any time over the life of the plant due to the realities of life. Secondly, there are case studies which show that smaller, flexible gas-to-power projects are achievable, both locally and abroad, and that there is an urgent need for more of these projects to assist in alleviating South Africa’s current power crisis – at least 1.35 GW per recommendations from Meridian Economics. Finally, not only is gas enabling a more sustainable power system by supporting the introduction of renewable energy, it in itself is on a fast-track transition to becoming carbon-free – through the development of carbon-free fuels – ensuring the lifetime role of gas in our power system. 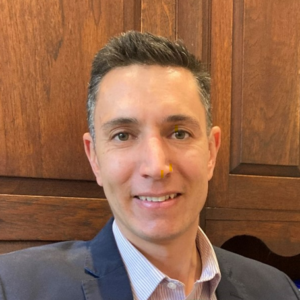 Wayne Glossop is a Power Systems Engineer and Business Development Manager at Wärtsilä.