What has been DOF Subsea’s approach to cutting costs and avoiding layoffs during the crisis?

We are trying to come to an understanding with clients regarding what costs are essential and non-essential. Layoffs always come to the table, but it is not the first measure that a business can take. The first measure is to be proactive in engaging with the client to come up with solutions that drive costs down, and to renegotiate deals before the business ends up in a situation where the contract is cancelled, and people need to be laid off. The second measure is performance. A low performance has a substantial impact on the cost of quality. Ultimately, after the company has reviewed its supply chain, which is 70% of costs in industries like ours. The 30% that remains is manpower.

How would you evaluate the efficacy of the measures taken by the Angolan government to mitigate COVID-19?

Angola has been very proactive in taking health and economic measures to address COVID-19. That said, there are still steps that can be taken. For example, the government needs to renegotiate its public debt by negotiating a debt service freeze. It also needs to review its annual budget.  

Not only does this mean to review the benchmark price for oil on which it is based, but the budget itself needs to be reprioritized.

There are some projects that can be postponed to a later stage. The government should instead focus on helping companies keep people on the payroll with tax breaks and on redirecting money from non-essential projects to social assistance and the survival of the people. Sixty percent of the budget is allocated to public debt, which means only 40% is allocated for added expenses. This is where the government needs to be strategic.

To what extent has COVID-19 caused a reevaluation of investment priorities?

Angola needs to look at three strategic objectives: national security, intent to attract private investment and the need to diversify its economy. Angola is heavily dependent on oil, and even within the oil sector, there is room for diversification. Investing in downstream is no longer a simple priority; it is the main priority. As a matter of national security, we cannot continue to rely on imports to fuel our industries and our households. It must be localized. The other pillar is agriculture. Angola only has three months worth of food reserves. We need to stop depending on imports to procure 60% of national food consumption. A country needs to produce a minimum of 60% to 80% of what it consumes, and then it can sell the excess.

One key issue across all sectors in Angola is the supply chain. Within oil and gas, 80% of goods and services that support hydrocarbon production are manufactured outside of the country. In the downstream industry, the supply chain serves solely to distribute imported equipment. In terms of local content, we need to look at where the opportunity lies. I want oil and gas producers to be Angolans, but I also want Angolan companies to take advantage of where the opportunity exists, which is in the supply chain. This can be achieved by enforcing local content policies and by making capital available for companies to start new businesses and fill the gap. If I want to compete with an IOC today, I will not be able to do it as a local oil producer, but I can start by providing service to the IOC. With the majority of the supply chain still coming from outside of the country, we need to shift the balance.

Energy Capital & Power will produce an Africa Energy Series: Angola 2022 special report and documentary with a new look and multimedia components, during a critical moment in the country’s energy sector development. The documentary will be advertised and aired on local TV and international news outlets, including CNBC Africa, and on Energy Capital & Power’s digital platforms. For editorial enquiries regarding the Africa Energy Series report and documentary, please contact editorial@18.198.47.39. 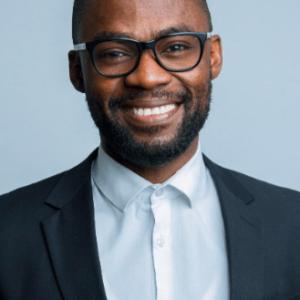 The Angolan national oil company confirmed 35 investment proposals on the sale of its stake in seven oil blocks in the kwanza basin.
Read More

Sonangol, Eni, and ANPG to Cooperate in Renewable Energy Projects in Angola